More from the Newsroom:
All Posts
Market Insights
Cold Chain
Community
Innovation
Sustainability
Posted
in
Sustainability
Saving the Environment While Getting Your Flowers
Flowers are pretty to look at, exporting them is a different story for our environment. Read how exporting flowers affects our planet! 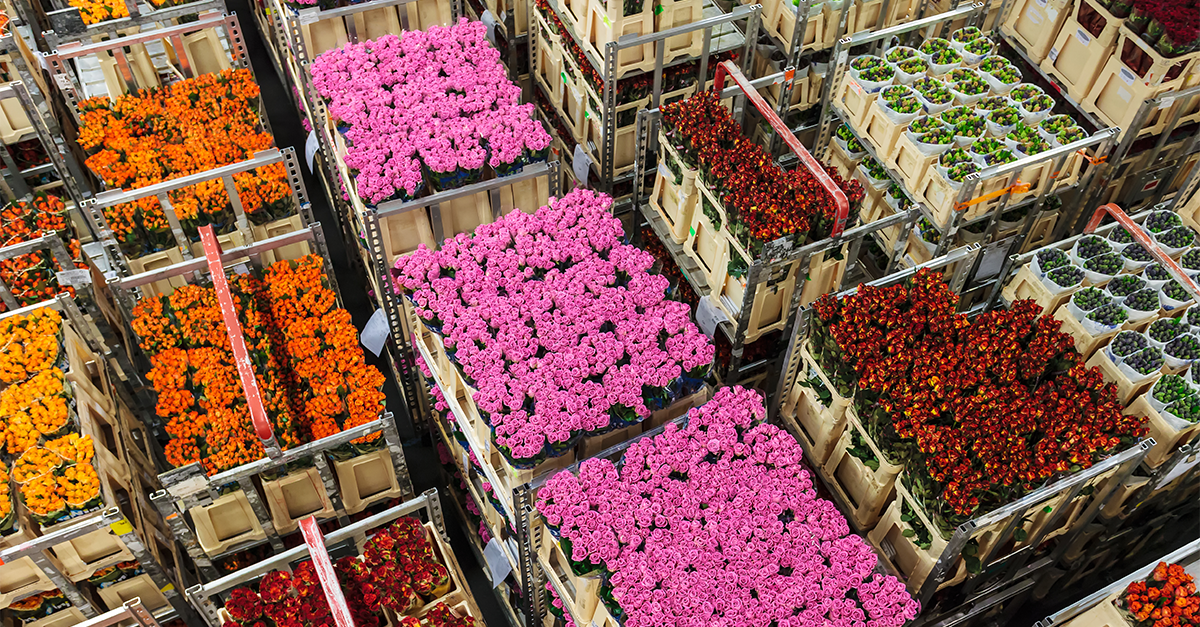 Americans spend around $2 billion on flowers for Valentine’s Day every year. In 2021, Americans spent $730 million on roughly 250 million red roses in anticipation of February 14th.

We also want more flowers than we can produce domestically. In the United States, we’re the number one importer of flowers globally, spending $1.68 on floral imports in 2020. Most of those imports come from Colombia, Ecuador, The Netherlands, Canada, and Mexico. Valentine’s Day makes up nearly one-fifth of these floral farmers’ incomes.

Importing and exporting interweaves economies and lifts people worldwide out of poverty while simultaneously providing a wider variety of products on the world stage. We’re big fans of each of those things. As a service provider in the perishables business, we’re all for it!

But all of those flower imports can contribute to climate change.

Like many temperature-controlled imports, flowers typically get flown in a passenger plane’s belly, which is relatively efficient. But at the beginning of each year, the demand for flowers grows higher than can be accommodated by passenger planes alone.

That’s when cargo planes start getting called in. In 2018, six large-capacity cargo planes carried 15,000 tons of flowers from Ecuador to Miami.

That burns a lot of jet fuel. According to the International Council on Clean Transportation, planes handling flowers might burn through as much as 114 million liters of jet fuel, releasing 360,000 metric tons of carbon into the air

Once they land, flowers have to be put on refrigerated trucks to transport to flower shops around the country. That too contributes to emissions. One estimate finds that the average truck emits around 223 tons of carbon dioxide per year. And refrigerated trucks tend to burn 25% more fuel than non-refrigerated ones.

This month, we’ve mentioned in an earlier article that passenger and commercial transport makes up nearly 30% of carbon emissions per year. And as the Boston Consulting Group points out, climate change is happening at such a rate that it could require a 50% reduction in emissions by 2030.

As far as we’re concerned, there’s a moral imperative to address this now.

We don’t want to tell anyone to stop buying flowers. But it is something that transportation professionals need to be aware of.

The good news is that there’s still plenty of time to do something about climate change. Supply chain professionals are catching on to the environmental impact of our industry. According to MIT’s 2021 State of Supply Chain Sustainability report, over 80% of professionals continued or increased their commitment to ecological stewardship following the Covid-19 pandemic in 2020.

One way air transportation professionals in particular address their climate impact is through sustainable aviation fuel. This is a clean alternative to fossil fuels, sourced from oils, greases, or even captured carbon, which then gets mixed in with regular jet fuel. In doing our part for the environment, we participate sustainable aviation fuel program, which we’ve mentioned here.

Together, we’re looking forward to ushering in a bright squeaky clean future. 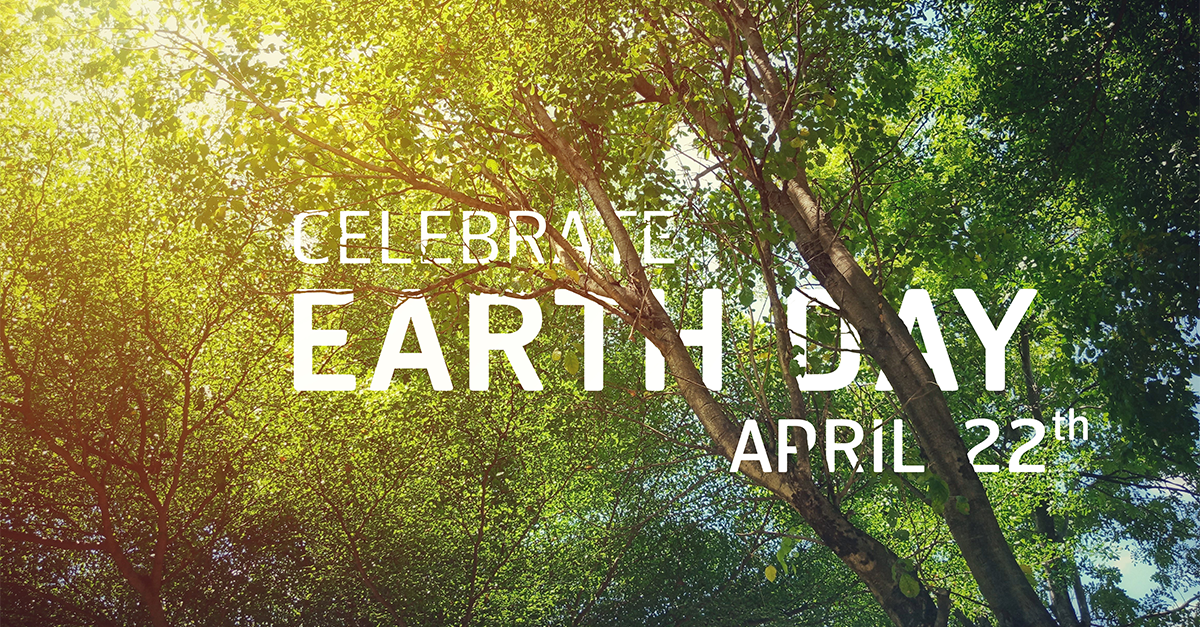 Featured
Investing in Our Planet this Earth Day
April 22, 2022
in
Sustainability
Today we celebrate Earth Day, a holiday that reminds us of our precious home and why we should invest in keeping it habitable!
Read More

Featured
Saving the Environment While Getting Your Flowers
April 14, 2022
in
Sustainability
Flowers are pretty to look at, exporting them is a different story for our environment. Read how exporting flowers affects our planet!
Read More 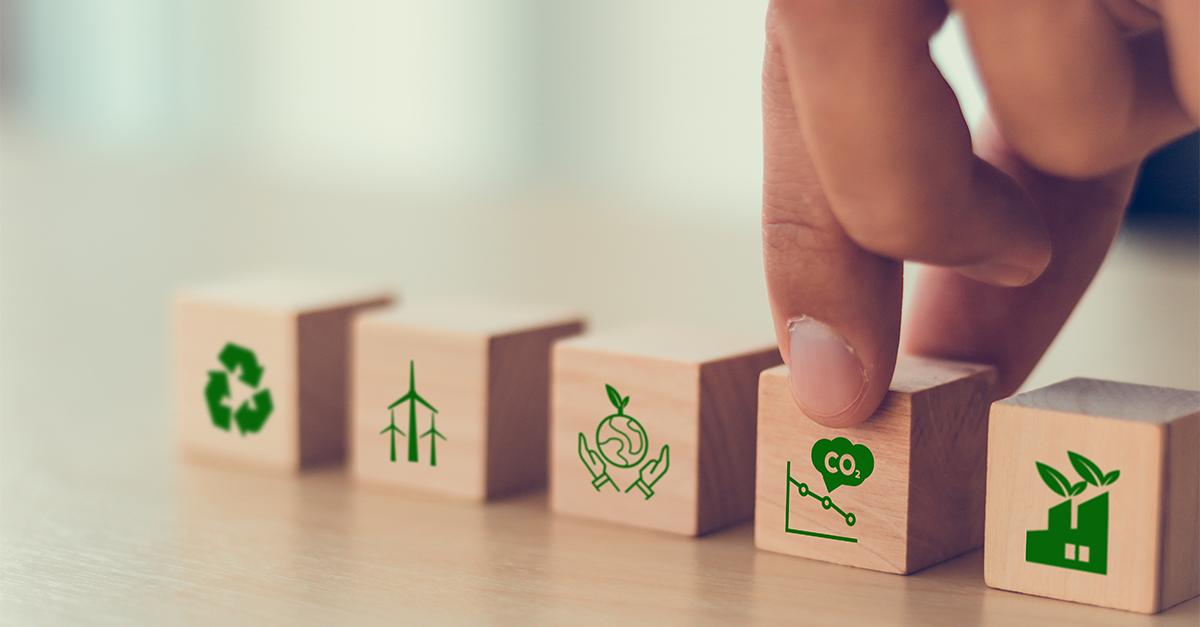 Featured
Reducing Carbon Emission, One Shipment at a Time
April 4, 2022
in
Sustainability
Here at Able, we always try our best to contribute to a better environment. This month we want to address the issues of CO2 emissions!
Read More
View all Blog Posts
Ready to get started?
Contact us at one of our sales offices to find out how we can help solve your supply chain needs.
‍
Contact Us
Let's build the future together.